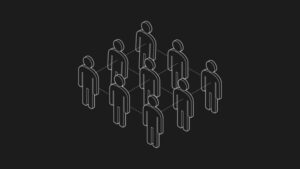 During the Austro-Prussian War of 1866, a Prussian officer defended himself from reprimand by arguing that he was simply following orders. His commander, Prince Frederick Charles, reportedly replied: “His Majesty made you a Major because he believed you would know when not to obey his orders.”

Germany’s chief innovation in its use of blitzkrieg in World War II wasn’t using tanks or better technology. It was organizational design. Lightning War was about the speed of decisions.

To move faster than their enemies, the Germans recognized that they had to allow commanders in the field to make decisions based on changing circumstances without slowing down to check with superiors. That kind of cultural transformation was no small feat. Military hierarchies had been programmed for centuries to view orders from superiors as tantamount to directives from the king…they were not to be questioned, even if following them meant certain doom. To reshape the officer corps, Germany’s Chiefs of Staff invested in cultural change for decades, empowering and training commanders to make decisions quickly and autonomously based on new information. That included giving them the authority to do so even when those decisions conflicted with previously issued direct orders.

The World wasn’t prepared for the result. Germany defeated France, a first order military power at the time by any measure, in just five days. On the way to the rout, two top commanders – Rommel and Guderian – ignored orders to slow their advance. Not only were they not disciplined for insubordination; they were celebrated.

Building a decentralized company that operates quickly and flexibly has enormous advantages. Human capital is nearly every company’s biggest expense, and the only way to get leverage on that investment is to get out of people’s way to let them do their jobs. But like everything, it comes with risks. Done right, it’s a beautifully efficient machine making better decisions faster. Done wrong, it’s a chaotic mess with rogue operators acting in silos.

The difference between doing it effectively and doing it disastrously boils down to you, the leader.

You have three jobs as a leader of a decentralized team, and you have to do all of them well to succeed.

Job 1: Communicate the Why more than the How or What.

Your chief job is to relay the intent behind the objectives, not how to achieve them. The How is fluid – events aren’t static, and no one can predict the future with accuracy. If your organization understands the Why behind the objectives, your teammates will naturally adapt the How to fit new circumstances. They are good problem-solvers. They have the most direct access to the newest information in their area of expertise. So why does it make sense for you to tell them what to do or how to do it? Bingo. It doesn’t. Your job is the Why.

Job 2: Maintain your Situational Awareness and transfer it to your team.

Because you’re not in the weeds, have a unique view of the landscape. This “Situational Awareness” is your most valuable asset. Your challenge is to find the right balance between staying in the know enough to understand what is going on, but not too in the know such that you’re micromanaging. This isn’t easy to do, but you can do it. You have to communicate the relevant information that you uniquely can see to your team members so they can use it as an input into their decision-making processes. You are not the decider, you are the network router. You are the glue.

(Pro tip: StandupPro can help you do this well.)

Running a decentralized company means people aren’t going to do things the way you would have. They’re not always going to do things correctly. They’ll make mistakes. Your job is to make the company a safe place to make mistakes – for the right reasons. The benefits of moving faster and getting things generally right outweigh the benefits of doing things your way and moving more slowly. The easiest way to make people comfortable in the kind of environment you want is to blame systems, not people.

The ultimate goal of these jobs is to “scale yourself.” Put your team in position to make as good or better decisions than you would have made in the same situation with the same information. This removes you and your senior leaders as bottlenecks, and enables your team to do more fulfilling work.

They know your intent, and they’re making it happen, in their own way.

As much success as the Germans had with their decentralized organization in World War II, they met their match in U.S. General George Patton. Patton moved just as quickly, and, often to the consternation of his superiors, did things his own way. This wasn’t just quirkiness; he believed in the same organizational design philosophy.

“Don’t tell people how to do things. Tell them what to do and let them surprise you with the results.” I love that quote, but I have one nit: I wish he would have replaced what with why.